Atlanta Data Centers: Can Data Save the City?

30 Jan Atlanta Data Centers: Can Data Save the City? 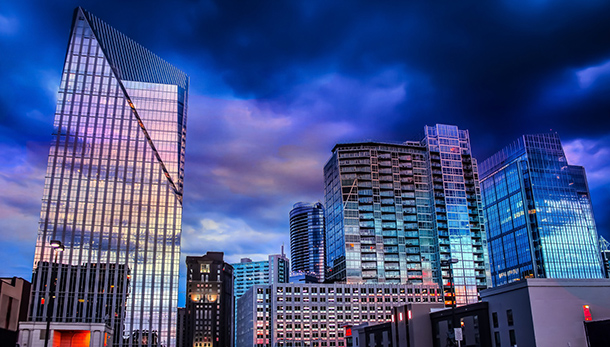 Even with an increase in production, some are worried that Atlanta data centers might fall behind.

As users constantly consume and demand more content, there is an exponentially growing need for content storage. Atlanta, Georgia is one of the cities that is fighting to stay on top of data consumption. Atlanta data centers have seen a 40% increase in allocated land from 2015 to 2019. One of the reasons Atlanta has such a reputable data history is due to the fact that out of all the financial transactions, 70% of them pass through the state of Georgia. This drives a need for cybersecurity and intense data storage.

Atlanta was recognized as housing the 9th largest data center in the world in 2017, which covered an enormous 990,000 square feet. While in 2019, QTS Realty Trust, a data center giant had filed multiple permits to expand its Atlanta data centers. However, in 2020, Atlanta is struggling to hold its spot in the top 10 areas for data space growth.

Rival States in the Region

As state governments see the importance and power of housing data, more and more states are placing lucrative bids to have the next big data house. Des Moines, Iowa recently release tax incentives totaling $213 million for Apple to build a large data center in the city. Virginia is ranked number one with 1,028 megawatts of data center space.

Can Tech Giants Save Atlanta?

Can the big tech brands save Atlanta’s foreseeable fall in data center development? The following giants have recently made claims to land in or near the city.

Other big companies that have thriving data centers in Georgia are UPS, ADP, Publix, Hewlett-Packard, AT&T, and more. With all these big names making moves, the city and its data center empire may survive the fight for data.

If your company is interested in expanding to the Atlanta data centers scene or knowing where the competition is currently located, then contact GeoTel for the most up-to-date and accurate details on data center locations.

Author: The Experts at GeoTel