Oregon’s Fiber Network is Changing from Frontier to Ziply Fiber 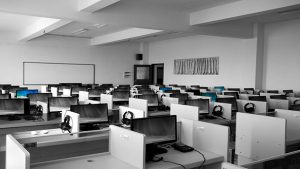 A recent sale of a local telecommunications operating company is giving a makeover to Oregon’s fiber network.

Frontier Communication’s Northwest region is being sold to WaveDivision Capital and Searchlight Capital Partners and rebranded as Ziply Fiber. Oregon’s fiber network will have a few changes made through this. Customers may also be affected in Washington, Idaho, and Montana. The sale includes operations and will cost nearly $1.4 billion. The sale was just approved by the Washington State Utilities and Transportation Commission this past month.

How Oregon’s Fiber Network Will Change

There are three main ways in which Oregon’s fiber network will evolve.

1 – The first notable change will be the name re-branding. Frontier Communications is a well-known name but has seen a 57% decrease in phone line services in Oregon. By rebranding to Ziply, the company hopes to overcome the fall by adding advanced services and taking customers from rival companies.

2 – The second major change will be made to the physical infrastructure of Oregon’s fiber network. Steve Weed, CEO of WaveDision, wrote that “Our plan is to invest further in our markets, specifically by extending fiber to more homes and businesses, to bring them the high speeds they want…” Ziply’s soon to be CEO, Harold Zeitz, said the company plans to spend around $100 million to bring high-speed fiber-optic connections to 80% of its customers over the next few years.

3 – Not only will the physical infrastructure be expanded but the quality of the network will also be increased. Zeitz stated, “We’re focused on improving the network and making it the best and fastest internet connection for residential and commercial (customers).”

In the meantime, until the deal has been finalized, Frontier will continue regular operations under its name. The new Ziply CEO also wants to ensure that all of Frontier’s existing contracts and commitments will be honored. This should bring peace of mind to the current Frontier customers.

Your company can stay up to date on all telecommunications news by filling out the form and subscribing to our newsletter below!