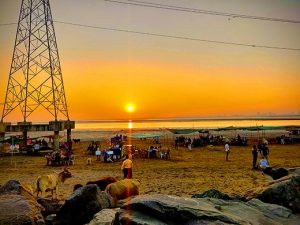 The world’s oceans are home to the submarine cable network. Could this submerged fiber-optic infrastructure also serve as the seismic network?

70% of the Earth is covered by water. Within a great portion of that water lies sea creatures and manmade infrastructures such as the submarine cable network. Not only are the earth’s waters filled with cables, but at the depths of the oceans are also trenches responsible for seismic activity.

In a recent Berkley article, the Monterey Bay Aquarium Research Institute and the Lawrence Berkley National Lab had experimented on the undersea fiber-optic infrastructure. Within a stretch of about 20km of submarine cable, Berkeley researchers created nearly 10,000 “seismic stations.” These seismic stations were able to record an abundance of seismic activity from submerged fault zones. Researchers even caught an otherwise undetected 3.5 magnitude undersea quake.

According to Science Daily, the technique used to acquire this undersea seismic data is referred to as “Distributed Acoustic Sensing” or photonic seismology. A photonic device that allows light pulsations to travel along with the submarine cables and then measure strain by detecting backscattering of the light. This technique can measure every 6 feet 20km of cable to act as 10k individual seismic detectors. 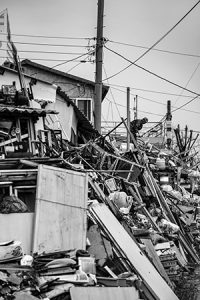 Telecom traffic such as the internet runs across 1 million kilometers of undersea fiber cables. If just a few portions of this vast area was constantly monitored with Distribute Acoustic Sensing and used to capture seismic data, countries worldwide could have access to information that is currently unprecedented. Being able to detect the seismic activity across the ocean floor could help us understand a great deal of Earth’s dynamic behavior. This information could also lead to seismic activity predictions and work as a warning to save thousands of lives.

Telecommunications data can serve the world in a multitude of ways. How is your company using it? If your company would like to have access to submarine cable network data, contact the experts at GeoTel today.